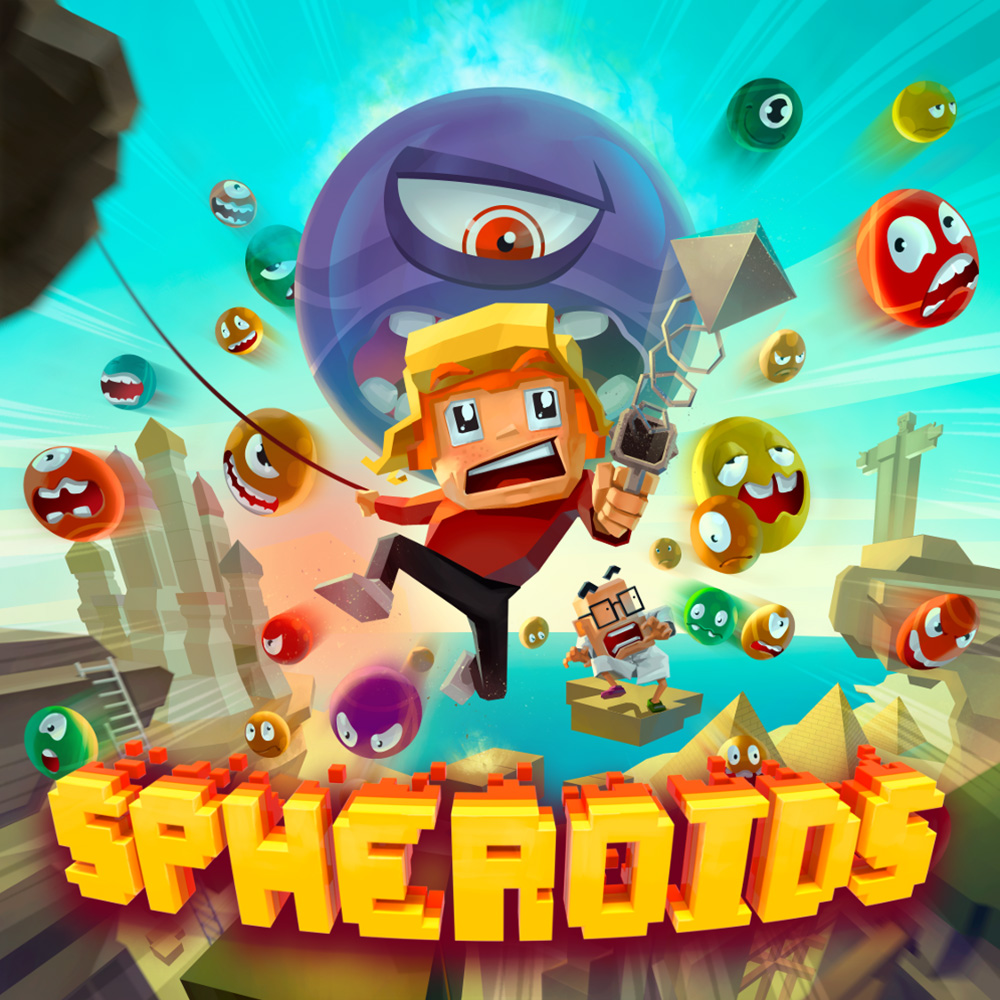 Mayday, Mayday ! Aliens named Spheroids have invaded the Earth ! But no worries, Lucas a brave young man (hum hum) and his fellow service scientist named Otto are here to save us: one will act remotely in his lab and the other will walk the world to eliminate the threat come from elsewhere. It is armed with a harpoon that Lucas starts his adventure. The scenario being minimalist, we will not have more details, it is left for the extermination of these aliens of spherical form! 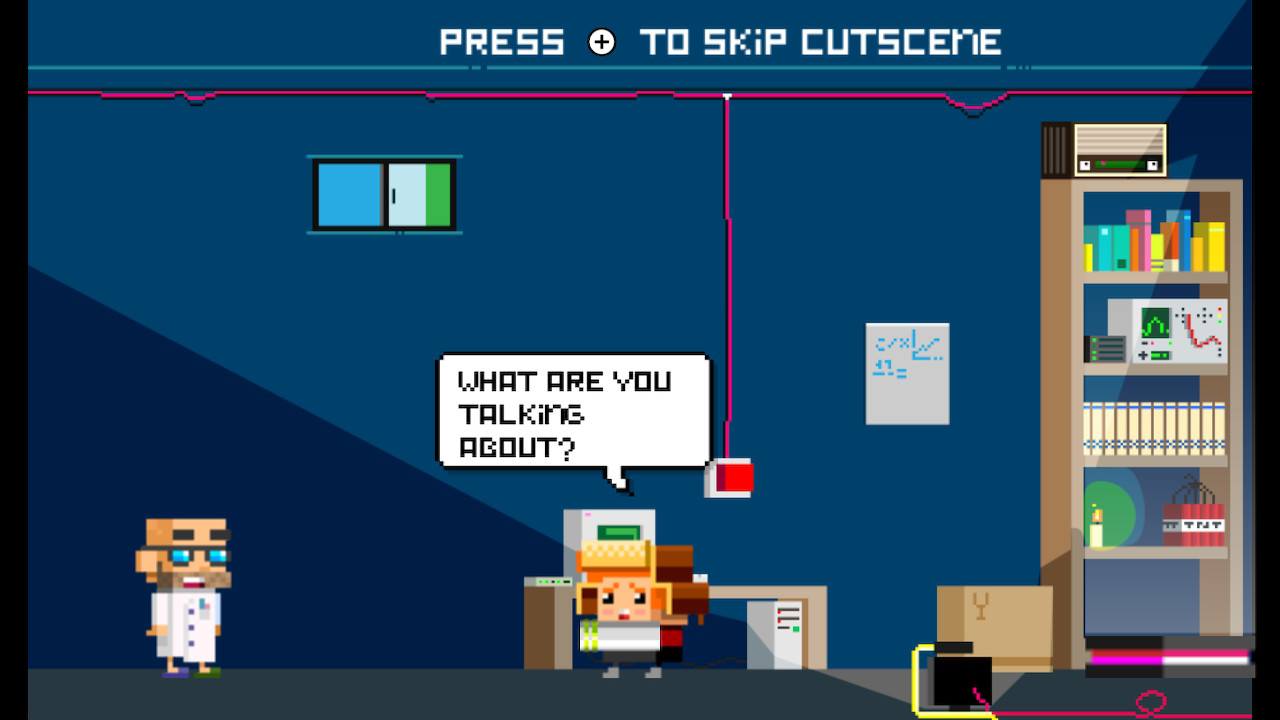 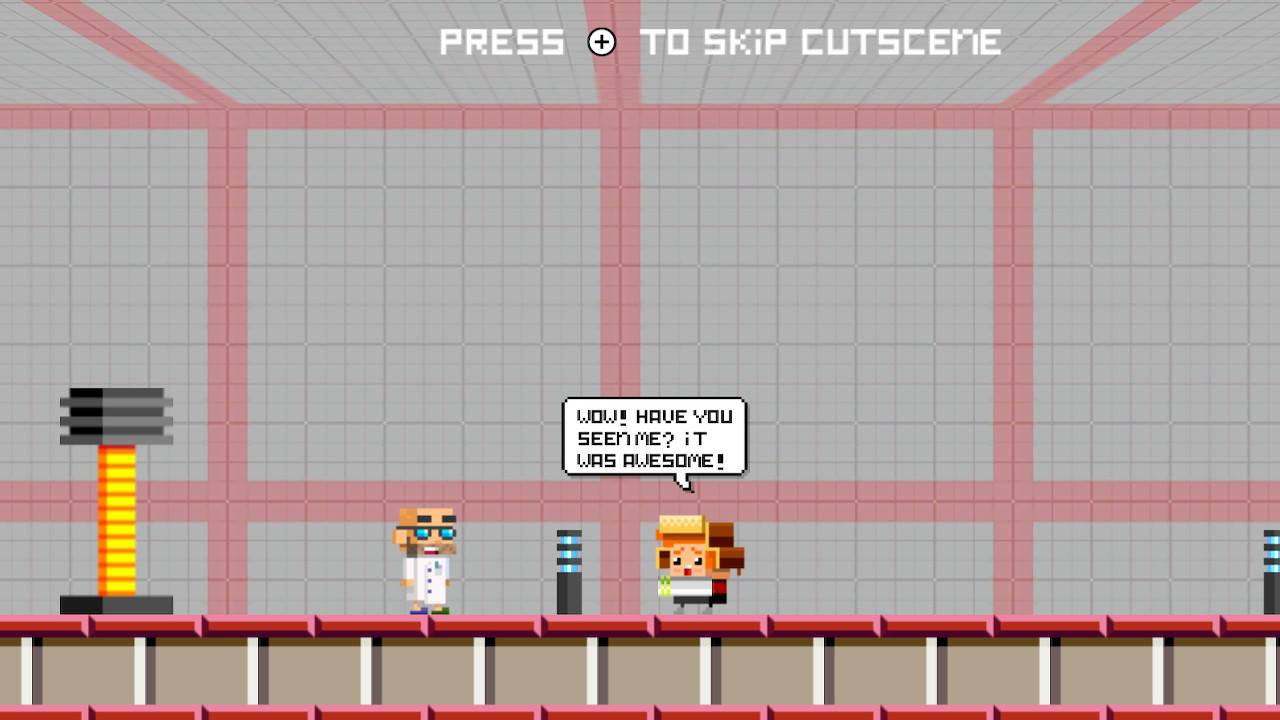 Here we are dropped into a classic platform game in its mechanics: you must be able to reach the end of the level without losing all your points of life.

The naughty aliens will take care to prevent you from progressing and if the checkpoints are well enough doses to avoid you too much frustration at first, they will be much less numerous other the adventure. As for them, the ennemies will always be of rounded form but their capacities and their size will vary, whereas the clashes will occasionally take place in closed zones of which you will be able to leave only by having conquered them all. 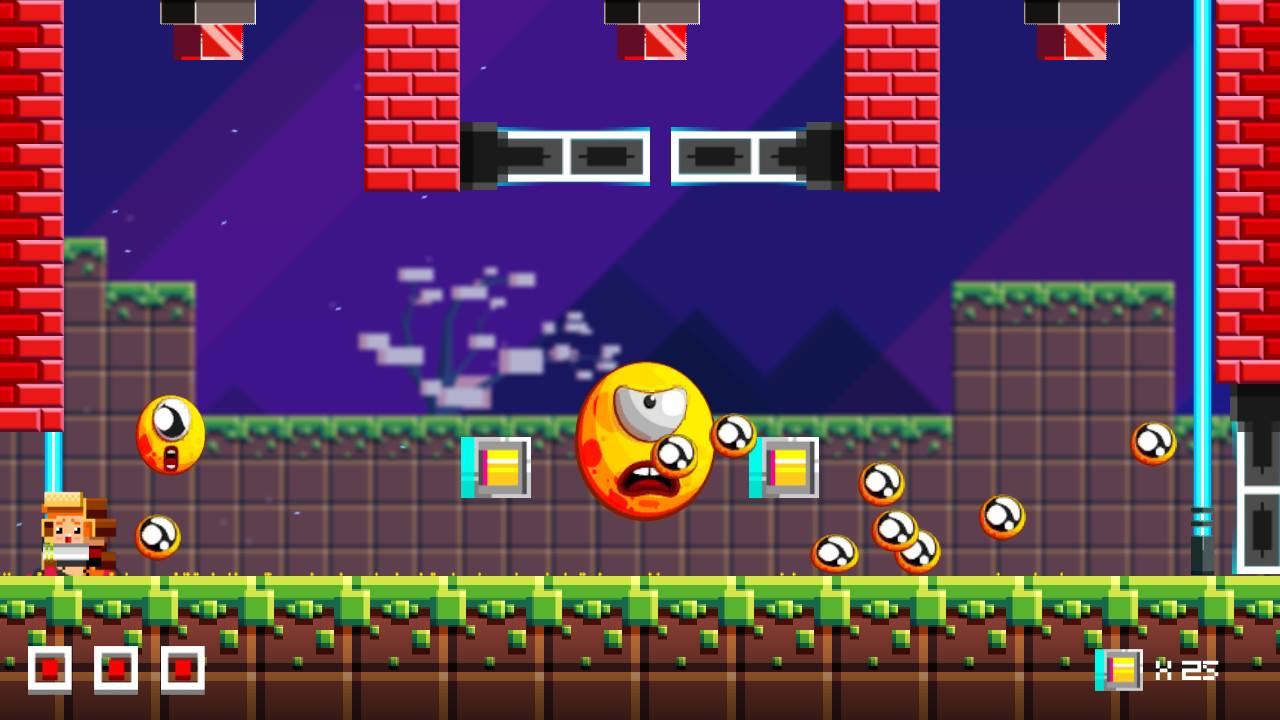 You will not have to rely on a varied arsenal to win the fight, a harpoon will be your only companion most of the time. Its particulary is in its deployment that can only be done up or down, no horizontal movement is expected. This has the effect of considerably limiting your range and making you vulnerable: the deployment time remains relatively slow, the aim is impossible and when the craft is in action you can only suffer the attacks of your ennemies without to can do anything.

New items obtained over the levels will allow you for example to defy gravity for a short time. The novelties are few, either in terms of items or invaders.

Another axis of the gameplay is in the few phaese of reflexion that you will face, essentially switches to operate according to a certain timing or imposed order. Nothing complicated.

We will go through 8 environments that contain 32 levels. And that’s all. It may seem very thin but the fighting is quite random given the lack of accuracy of the harpoon and a difficulty not necessarily well measured, the success is not always at the appointment, which can lead to restart an aera of many time. Logically, the time spent is therefore increased. 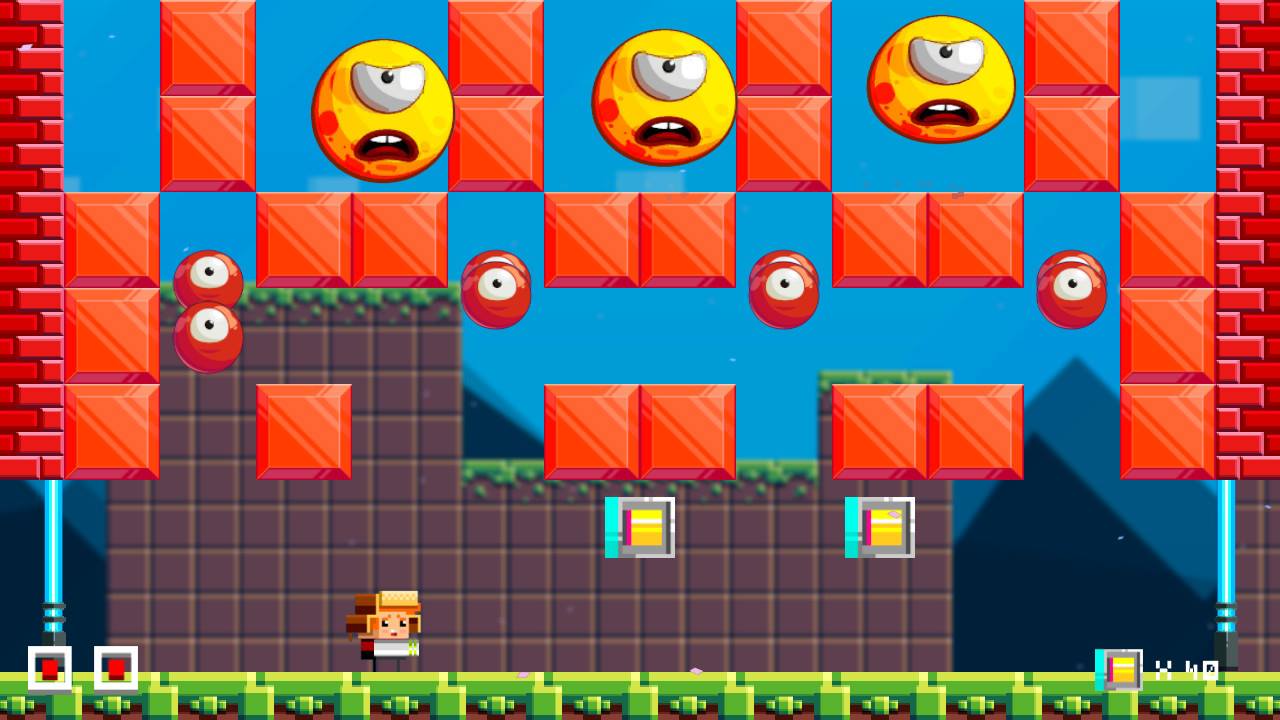 Visually, it’s a mix of cubic and spherical shapes, ranging from Minecraft to Pixel Art to a more detailed rounded shape. Everything is basic and very simple, giving a retro side, strongly accentuated by the graphic choices of the artistic direction.

The musics are linear, no variation will break the monotony of a background that turns in a loop, but which is however enjoyable. A little musical touch will remind the countries on which the graphics are based in each of the 8 environments.

Note that the game is entirely in english. This detail should not stop you, the texts do not have a crucial interest in the understanding, they are essentially there to give you some summary indications (anyway they pass too quickly to have the time to read them !). 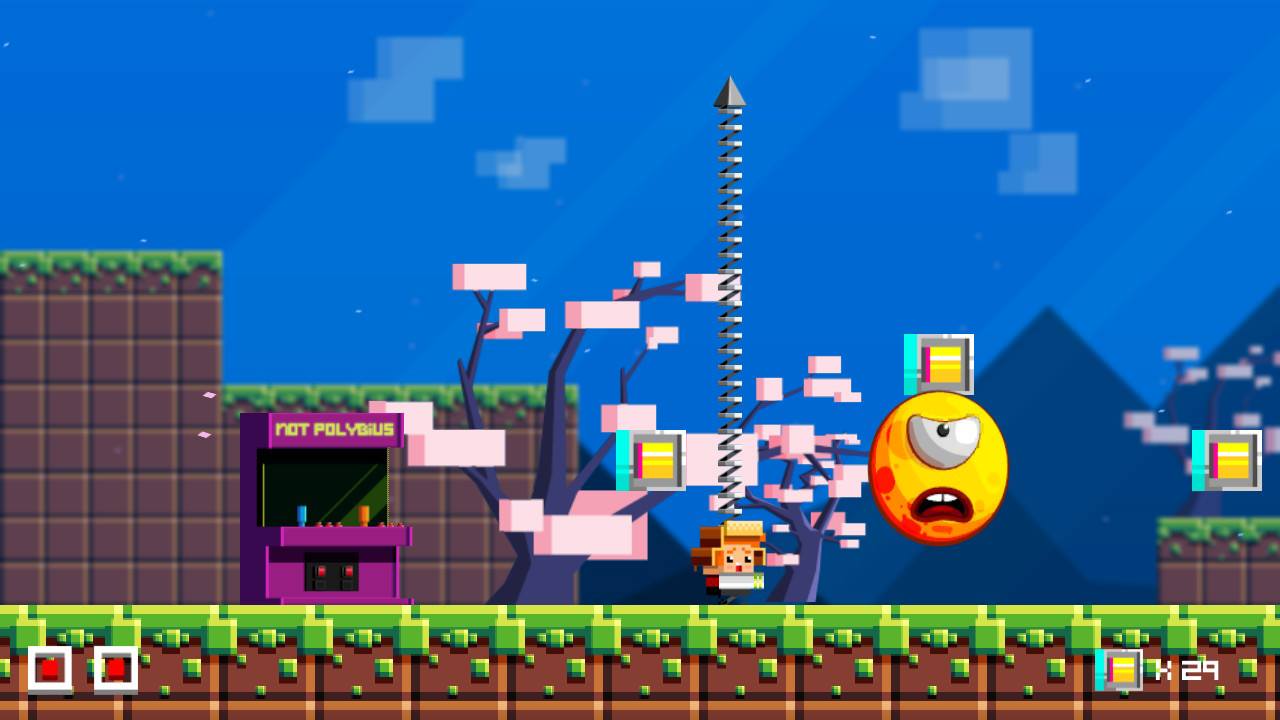 So, to appreciate Spheroids, is it enough to knock out aliens with the harpoon or does the game succeed in renewing itself and putting its defects in the background? We should review several points to give the « extra thing » to the game, starting with a more complete arsenal and better exploited. More variety and precision would also have been welcome. That said, this platform game will be suitable for fans of retro games or low-cost games that end quickly, all the more the Nintendo Switch offers a nomadic mode particulary suitable for this type of content.

Review performed by Midnailah on a version offered by Eclipse Games

Lecture : The Art of A Plague Tale – Un making-of illustré